The first full moon of 2019 will be a great opportunity for observing a total lunar eclipse. The Moon will almost be at its closest distance to the Earth, close to the perigeum, which means it will be slightly bigger, and such an occurrence is called a Super-Moon.

The penumbral eclipse will start at 8:36 PM CST 38 degrees above horizon, and this moment is not easy to detect by the naked eye. On a series of images, the progress of Earth’s outer shadow on the lunar disc could be detected. The partial eclipse will begin at 9:33:54 PM at height 48 degrees, and this moment will be easy to notice. It will be possible to see the progress of the full Earth shadow and at 10:41 PM all the disc will be eclipsed, the full eclipse having started. The eclipse maximum will be at 11:12 PM and the full eclipse ends at 11:43 PM. Duration of totality will be 1 hour 1 minute 58 seconds. At about midnight only the fully illuminated sliver will be seen, rest of disc will be still in shadow. Partial eclipse will end at 12:50 AM. Moon will be in its highest point 24 minutes after midnight almost 66 degrees above horizon passing local meridian.   The shadow density and color depends on the current meteorological situation.

The full moon will be in the constellation Cancer, about 12 degrees from the Beehive star cluster. It will be a great opportunity to take pictures of the Beehive and the eclipsed Moon. 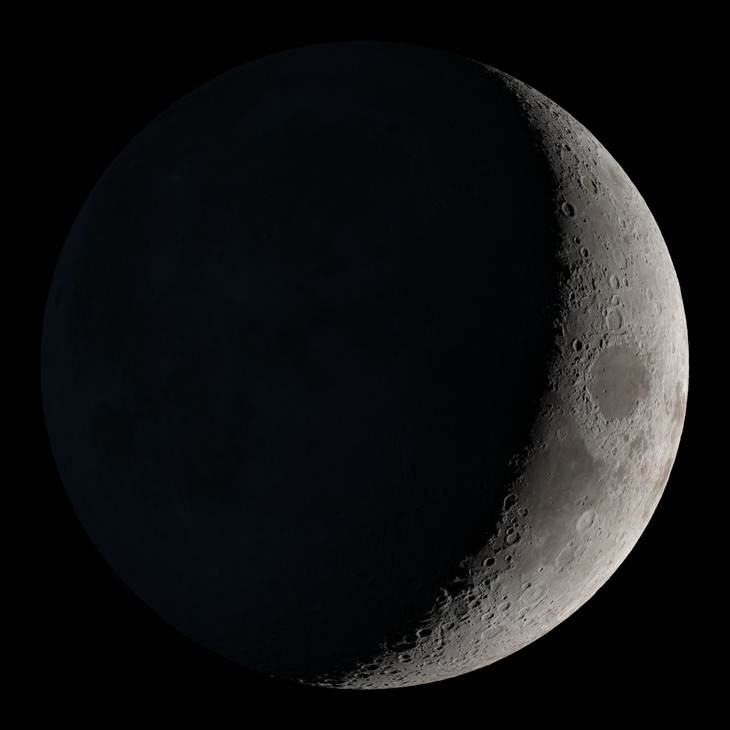